If you want to start off November on the right foot, head over to New York University where barihunk Seph Stanek is appearing in Gilbert & Sullivan's Ruddigore. There will be three performances this weekend at the Skirball Center for the Peforming Arts featuring the New York Gilbert & Sullivan Players (matinee and evening on Saturday, and matinee on Sunday).

Stanek made his debut with the New York Gilbert & Sullivan Players in 2012 as the Headsman in The Yeomen of the Guard, and subsequently appeared in The Mikado with the company.


Trained as an operatic baritone, Stanek appeared in Aida at the Metropolitan Opera, but has since focused his career in musicals and television. He appeared off-Broadway in Naked Boys Singing!, Little House on the Ferry and 8Minute Musicals; as well as HBO's Boardwalk Empire and Mildred Pierce.

Tickets for Ruddigore are available online. 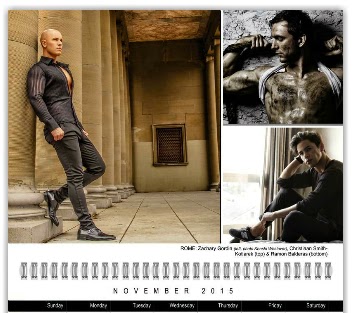 If you want to enjoy 19 other singers who are sexy as Seph Stanek, order you 2015 Barihunks Charity Calendar today by clicking on the LULU button below.