Michael Mayes has become so associated for his brilliant portrayals in contemporary opera, that we sometimes forget that he's a compelling presence in the standard repertory, as well. Mayes, who has been dubbed the definitive Joseph de Rocher in Jake Heggie's Dead Man Walking, a role he'll reprise in Opera Parallèle's upcoming season, will be making his role debut as Sharpless in Puccini's operatic classic Madame Butterfly next month.

Mayes will sing the role with the Michigan Opera Theatre from November 15-23 alongside hunkentenor Noah Stewart. Joining them in the cast will be Moldavian soprano Inna Los and Italian soprano Donata D'Annunzio Lombardi who will alternate in the role of Cio-Cio San.

If you can't make it to Detroit, opening night of the opera on November 15th will be broadcast live on WRCJ 90.9 FM. Tickets may be purchased online.

Dead Man Walking will be performed in San Francisco and Santa Monica and tickets are now on sale. This show will sell out fast, so visit the Opera Parallèle website today if you plan on attending. 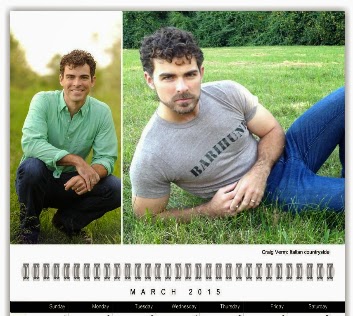 Make sure to order our new 2015 Barihunks Charity Calendar featuring 19 of the hottest men in opera. Michael Mayes was one of the stars of our 2014 calendar. Click on the LULU button below to order now.