For the next four weeks you can listen to Andrew Foster-Williams in Rossini's rarely performed opera Moses in Egypt. The British baritone sang the role of the Pharaoh in this production from the Welsh National Opera.

Although not as well known as the Barber of Seville, La Cenerentola, or William Tell, Moses in Egypt is among Rossini's greatest musical achievements. First heard in Naples in 1818, Rossini's telling of the Old Testament story pulls focus between the epic and the intimate, as the story of an entire people persecuted by a cruel tyrant is juxtaposed with the forbidden love of two young people on either side of a religious divide.

The Pharaoh refuses to free the Hebrews from slavery and allow them to leave for the Promised Land. Moses, with God's help, brings down plagues on the Egyptians until eventually he and his people are freed. But Pharaoh's son, Osiris, is in love with a Hebrew girl, Elcia, and he is punished when he attempts to have Moses killed.

The Hebrews reach the Red Sea and are rescued from the pursuing Egyptians by divine intervention.

During the holiday season, you can catch Foster-Williams singing Handel's Messiah under the baton of the great contralto Nathalie Stutzmann at the Théâtre des Champs Elysées. 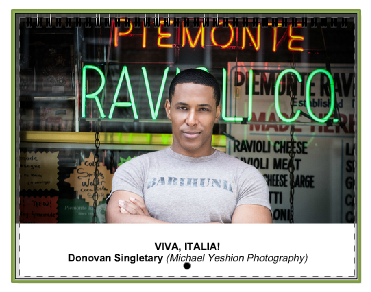 Don't forget that our 2015 Barihunks Charity Calendar is now on sale. You can purchase a copy by clicking the image of Donovan Singletary.