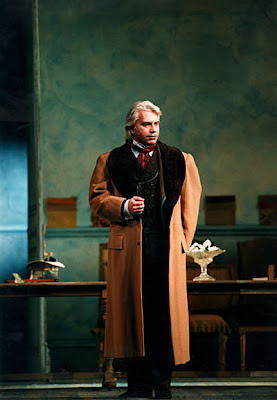 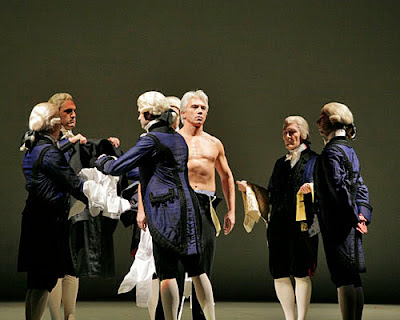 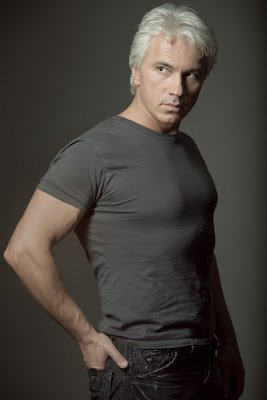 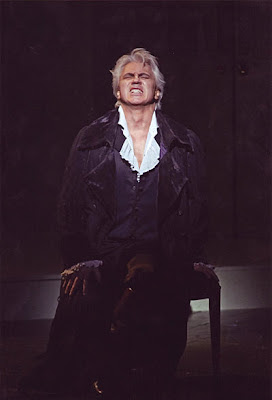 Dmitri Aleksandrovich Hvorostovsky (Russian: Дмитрий Александрович Хворостовский) is the Cary Grant of opera, as he just gets better looking every year. He arguably has the most beautiful mane of white hair ever to grace a human (eat your heart out Gwyneth Jones). Fortunately, he has a voice as beautiful as he looks. His legato is flawless and he can spin out a line after line of Verdi or Tchaikovsky effortlessly. If his looks don't melt you, his voice will.

Born on October 16, 1962 in Siberia, he studied at the Krasnoyarsk School of Arts. Hvorostovsky went on to win a series of vocal competitions, culminating with a victory over Bryn Terfel (not on this website) in 1989 at the Cardiff BBC Singer of the World competition.

His portrayals in Tchaikovsky's Queen of Spades and Eugene Onegin have won him international acclaim. He is also a noted recitalist who can exude sexiness and flirt with an entire audience while singing obscure Russian music.

[All pictures from www.hvorostovsky.com]
at 5:54 AM