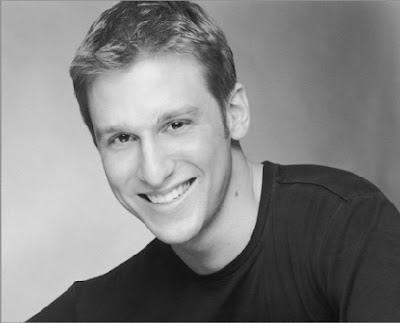 Imagine how thrilled I was when I received my brochure for the American Bach Soloists and I discovered this barihunk! Jesse Blumberg is a recent winner of the 5th International Hilde Zadek Competition, which was juried by mezzo greats Christa Ludwig and Brigitte Fassbaender.

Blumberg recently performed in the world premiere of Ricky Ian Gordon's the "Grapes of Wrath" at The Minnesota Opera and on December 6, 2007 he'll sing Phillip Glass' "Einstein on the Beach" at Carnegie Hall.. He is rapidly making his mark as a gifted lieder singer, as well as giving thrilling performances in the early music of the Bach family and Monteverdi.

[Photos from www.jesseblumberg.com]
at 6:45 PM