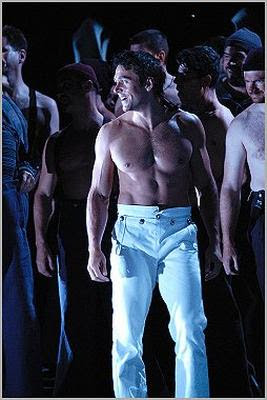 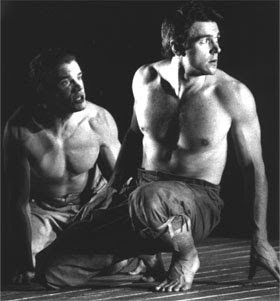 Erwin Schrott seems to be the runaway favorite on Barihunks so far, but I keep getting asked, "Where is Nathan Gunn?" I have a feeling that the term Barihunk was invented to refer to Nathan Gunn, so his inclusion on this site was inevitable. Of course, any posting of Nathan Gunn has to include lots of topless pictures of the hunky singer. After all, this is probably the only guy who can look totally hot singing the man-bird role of Papageno in Die Zauberflote.

Nathan Gunn also happens to have a beautiful voice to go along with his beautiful body. He has sung roles that span five centuries of music from Monteverdi's "L'incoronazione di Poppea" to Tobias Picker's "An American Tragedy." I hope that most of his future roles call for him to remain shirtless. He is undoubtedly the sexiest Billy Budd ever! I couldn't take my eyes off of him when I saw him sing the role.