San Francisco Opera gets a case of the uglies (and it's not the two singers pictured here!) 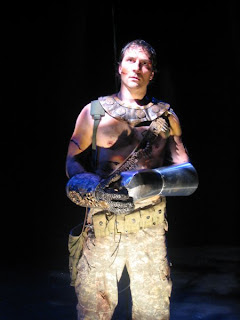 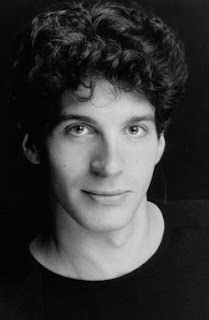 While the Metropolitan Opera, Houston Grand Opera and the L.A. Opera are loading their rosters with verifiable barihunks, the San Francisco Opera in announcing their new Fall season decided to opt for the ugliest baritones available. There is not one barihunk on the roster other than Dmitri Hvorostovsky who is performing in the unsexiest role imaginable, Simon Boccanegra. The closest they get to a barihunk on their entire cast is 26-year-old Italian Giorgio Caoduro, who looks like a young Leo Nucci.

There is no shortage of beautiful sopranos, including Angela Georghiu, Genia Kuhmeier, Inva Mula and the stunning Anna Netrebko. I noticed that there are few cast spots still to be filled, so let me recommend two singers: Joshua Bloom, who graduated from their own Adler Fellows training program or David Adam Moore, who is singing everywhere except in San Francisco.

The young Australian Joshua Bloom has already performed a number of small roles on the SF Opera stage, most notably the Black Politician in Ligeti's "Le Grand Macabre." He is due for a big breakthrough on his home stage.

David Adam Moore has become a specialist in modern music and recently replaced barihunk Nathan Gunn as Billy Budd at the Pittsburgh Opera. He is schedule to sing La Boheme, Barber of Seville and the barihunk favorite Iphigénie en Tauride with the Seattle Opera. He also performs in another barihunk favorite, Britten's "Rape of Lucretia."
at 1:07 PM