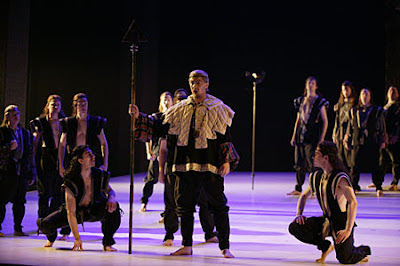 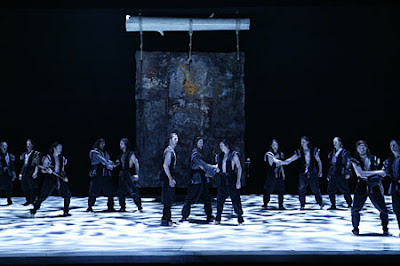 One doesn't think of Bellini's "Norma" as a barihunk opera, but the folks in Minnesota got out of the cold and out of their clothes for this production. Daniel Borowski is probably about as attractive an Oroveso as one will see on an opera stage. Of course, what Barihunks really loves is the eye candy surrounding him on stage.

Borowski is a Polish bass who worked with the great soprano Teresa Żylis-Gara. In 1995, he won First Prize in the male vocal category at the Third International Stanisław Moniuszko Vocal Competition in Warsaw. He went on to study at the National Opera Studio in London. He was a regular with the Staatsoper Unter den Linden in Berlin for three years and has also sung with the New York City Opera.
at 7:49 AM