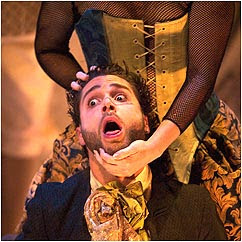 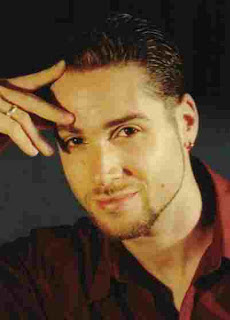 Born in Sydney and brought up in Brussels, Simon Lobelson studied at the Royal College of Music. Simon was a semi-finalist in The Australian Singing Competition.

Simon has a few barihunk roles under his belt including The Rape of Lucretia, Papageno in the Magic Flute and Purcell's Fairy Queen [top photo]. His most recent recitals have been at Sydney Town Hall and the church of St Martin-in-the-Fields, London. He has also made a number of recordings including soundtracks for Star Wars III, and The Golden Compass.
at 10:43 PM