If this is the look of the George Steel era at New York City Opera then we at Barihunks heartily approve. There was a lot of controversy and discussion about his hiring, particularly amongst opera aficionados on the East Coast. From what we heard from people who had worked with him, we knew all along that he would make the "People's Opera" interesting and he's lived up to his reputation. 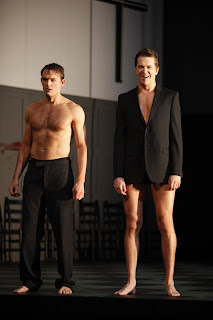 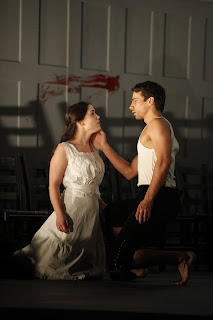 [Joélle Harvey as Zerlina and Kelly Markgraf as Masetto; Photo by © Carol Rosegg]

Here is how City Opera described this new production: 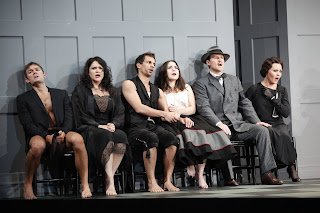 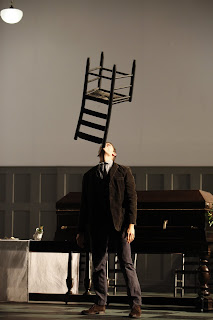 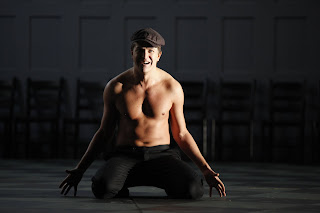 Don Giovanni provides a lot of material for this site and we're grateful for some wonderful new images from NYCO. For more information visit the New York City Opera website. The production runs through November 22nd. 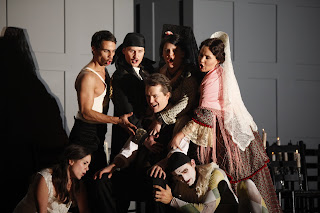 It is important the New York City has two major opera companies and this production shows why. City Opera will put on productions that one will never see at the Met. If you're in the New York, we encourage you to support this new regime which is working its way back to financial viability.