We went online to check out the new video of the Australian Singing Competition 2009 Mathy Awards winners. We knew that Barihunks regular Hadleigh Adams was competing and we were rooting for him. But were we ever thrilled to discover that of the five finalists, three were barihunks. Adams was joined by Lachlan Scott and Sam Roberts-Smith, who won the competition.

Here is the video from the competition and some bios of the three hunks from Down Under: 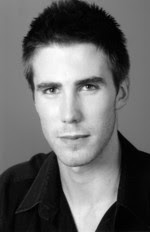 Sam Roberts-Smith is a 22-year-old barihunk who was born in Perth, Australia. He completed a Bachelor of Music at the Western Australian Academy of Performing Arts (WAAPA). Roberts-Smith was a Finalist in the McDonald’s Operatic Aria and a recipient of The Michelle Robinson Scholarship for voice; the McCaw-Marsh Entry Scholarship; the Lionel Edgerton Scholarship and the Joan Sutherland Society of Sydney Scholarship, 2006. He was recently selected as a Finalist in the New York Study Award.

Roberts-Smith appeared as a Soloist with The Sydney Symphony Youth Orchestra and The Sydney Conservatorium Orchestra and Chorale. His broadcasts for ABC Classic FM include Rising Stars and Sunday Live. 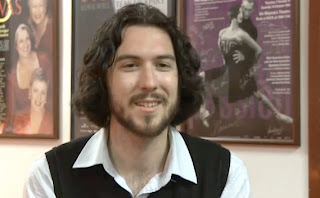 For State Opera of South Australia he has performed the roles of Sid in La Fanciulla del West and Caronte in their acclaimed studio production of Underneath, based on Monteverdi’s Orfeo, and has covered the roles of The Mandarin (Turandot) and Count Ceprano (Rigoletto). He has also sung regularly with the SOSA chorus since their 2004 production of Wagner’s Der Ring des Nibelungen. He performed a principal role in each of the Elder Conservatorium opera productions from 2003-2007, including Doctor Bartolo (Figaro), Sarastro (Die Zauberflöte), and Don Alfonso (Cosi fan Tutte). For Co-Opera, he will perform the role of Don Basilio in Barbiere di Siviglia in late 2009.

He has extensive oratorio experience, performing bass arias and solos for a variety of Adelaide-based groups in Bach’s St. Matthew and St. John Passion, Handel’s Messiah, and the Mozart and Fauré Requiem masses.

Also an experienced chorister, he has been a core member of the award-winning and internationally recognised Adelaide Chamber Singers, directed by Carl Crossin, since 2005. 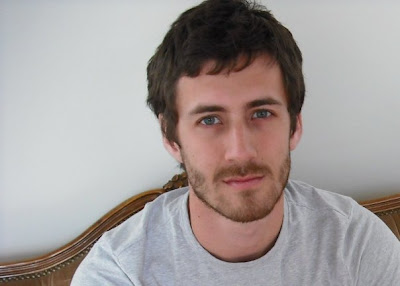 New Zealand bass baritone Hadleigh Adams was born in Palmerston North, and completed a Bachelor of Music degree in 2006 under the tutelage of Dr Te Oti Rakena at the University of Auckland . He went on to complete his Masters degree in Music, studying with Margaret Medlyn and Jenny Wollerman at the New Zealand School of Music, graduating in 2007. In February 2009, Hadleigh relocated to Australia, to take up his position as the Gertrude Johnson Scholar at Australia’s new opera studio, The Opera School - Melbourne.

In New Zealand, Hadleigh has already forged an impressive operatic and concert career. He has been a member of the NBR New Zealand Opera since 2004, and since this time has performed in all main stage productions with the company. In 2006 he was invited to begin understudying principal roles, and perform minor lead roles. Throughout 2007/2008 he was the PwC Dame Malvina Major Emerging artist with the NBR New Zealand Opera, during which time he was awarded the prestigious
Circle100 Scholarship.