We have just learned that 33-year-old Ukrainian barihunk Alexander Tsymbalyuk has been engaged by the Metropolitan Opera. We're not sure yet what role he'll be singing, but we'll let our readers know as soon as we find out.

Tsymbalyuk is a currently a member of the ensemble of the Hamburg State Opera where he has performed in Les Contes d’Hoffmann, Das Rheingold, La Traviata, Turandot, Die Frau ohne Schatten, Rigoletto, La Bohème, Tannhäuser and Billy Budd. Let's hope that his Met role is as the sexy lead in Billy Budd.

Now if the Met would engage Randal Turner, we'd really be happy. It's a mystery to us why great American talent gets showcased in Europe and not in the United States. 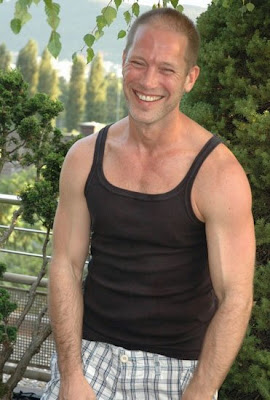