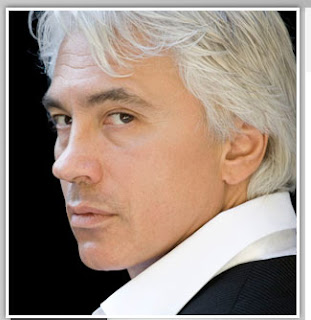 Dmitri Hvorostovsky continues to establish himself as one of the leading Verdi baritones of our age. It's a little odd to see someone who is aging as beautifully as Carey Grant or George Clooney begin playing fathers onstage, but that's exactly what he'll be doing in the Live in HD broadcast of Verdi's La traviata from the Met on Saturday, April 14th. His elegantly phrased Giorgio Germont will be transmitted to cinemas worldwide with a U.S. encore transmission on May 2 and Canadian encores on May 26 and June 24. The event will also feature exclusive backstage footage and interviews with cast members.

Live performances of La traviata run through May 2nd. He then begins his recital tour in Minsk on May 14.