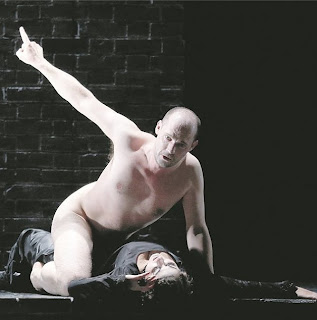 Add Stéphane Degout to the growing list of barihunks who have appeared nude on stage. The amazing French singer bares all in the Theater an der Wien's production of Ambroise Thomas' "Hamlet." His dispair and self-mutilation manifests itself in stunning scene in Act 3 when he is bathed by Gertrude.

The production is by Olivier Py who transformed the stage into a cavern of human debauchery and misery. 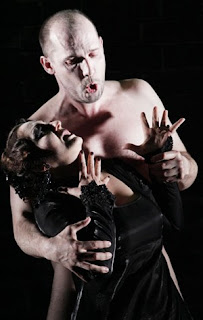 Degout last appeared on this site when he appeared in a dreamy cast of Debussy's Pelléas et Mélisande with fellow barihunk Jérôme Varnier. The two are reunited in this production, as Varnier appears the ghost. Stéphane Degout has become the leading lyric baritone in the French style since Francois Le Roux and Gerard Souzay, both of whom have appeared on this site. 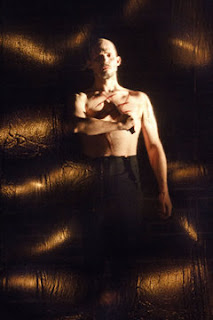 The always intense and musically incisive Christine Schäfer portrays Ophelia, Phillip Ens is Claudius and Frédéric Antoun is Laërtein in this co-production with the Théâtre de la Monnaie in Brussels. Now let's hope that someone brings it to the United States.