Say Cheese! Three Barihunks to Perform Together in Brookfield, Wisconsin


There are a number of shows being put together that feature barihunks, including "Barihunks on Tour." This site has nothing (directly) to do with any of them, but we have been surprised that no one has copied the overused "Three Tenors," "Three Sopranos," "Three Countertenors" format to produce a "Three Barihunks" show. If you're in Wisconsin on Sunday, April 15th, you can get a brief preview of what that might look like. 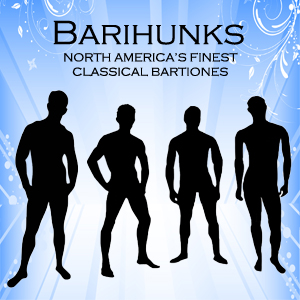 Barihunks Anthony Reed, Michael Roemer and Tim Rebers will be part of a concert that features singers from the Wisconsin District Metropolitan Opera National Council Auditions. Joining the "Three Barihunks" will be guest tenor Scott Ramsay and sopranos Lindsay Sessing and Meagan Seubert. The performance will begin at 2 PM at the Dawes Studio Theatre at the Sharon Lynne Wilson Center for the Arts in Brookfield, Wisconsin. For tickets call the Wilson Center Box office at (262) 781-9520.

The singers worked with coach Jamie Johns over the last six months to refine their performance techniques. The monthly coaching sessions focused on operatic repertoire and culminated in this joint recital.


Michael Roemer and Adam Shelton in the duet from the Elixir of Love:

The Vocal Coaching Program was founded by Patricia Crump, a former member of the CMA Board of Directors and president of Supporters of Opera Singers, an organization established to administer funds donated to assist young Milwaukee area singers. She is also Director Emerita of the Wisconsin District Auditions of the Metropolitan Opera National Council.