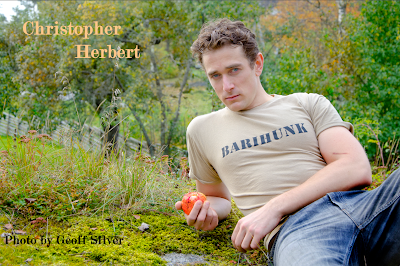 The free Trinity Wall Street concert series has announced their 2013-14, which will focus on the music of Benjamin Britten in honor of the centenary of the composer’s birth. The festival will explore the British composer’s orchestral, vocal and chamber works and barihunk Chris Herbert will be performing in three of those concerts.

On Tuesday, November 26th at 1 PM, he'll be at Trinity Church (Broadway at Wall) in a concert that includes Britten's "Sechs Hölderlin Fragmente, Op. 61; Songs and Proverbs of William Blake" and Poulenc's "Chansons Gaillardes, FP 42." He'll be joined at the piano by his husband Timothy Long, as well as tenor Steve Wilson.

On Thursday, December 12th at 1pm at Trinity Church in a concert featuring Britten's "Folksongs; Who are these children?" and Mahler's "Kindertotenlieder" with tenor Steven Caldicott Wilson and Timothy Long.

All concerts at Trinity Wall Street are filmed and webcast live at www.trinitywallstreet.org, where you can also find a complete schedule of the upcoming season. 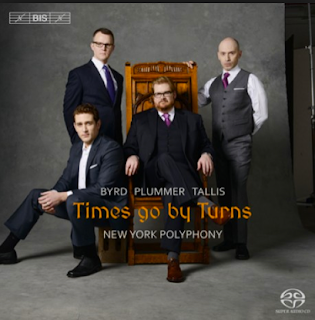 Herbert is also part of the vocal chamber ensemble New York Polyphony, which can next be heard on September 16th at SubCulture Arts Underground in New York City. Their latest release is Times go by Turns featuring masses by Thomas Tallis and William Byrd, as well as a three-voice mass setting by medieval English composer John Plummer. It also includes three new works written for New York Polyphony by composers Gabriel Jackson, Andrew Smith, and the late Sir Richard Rodney Bennett.
at 12:29 PM