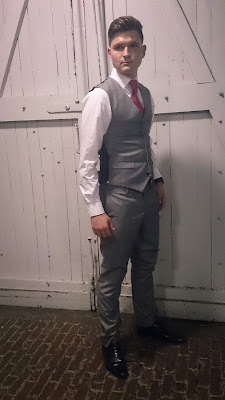 We caught some Twitter messages going back and forth between friends a few weeks ago. One friend suggested that the other should be on Barihunks. The other replied that "this accolade could complete me as a human being!"

The latter response came from 20-year-old baritone James Newby, who is currently in his second year of study at Trinity Laban Conservatoire of Music and Dance, London. He currently studies under Alison Wells and previously studied with Robert Dean and Omar Ebrahim (who has been on this site in all his glory). We're happy to help him in his quest to become a complete human being.

Newby is due to represent Trinity Laban in the junior Kathleen Ferrier award in October after receiving the second highest mark in the year for his end of year recital.

We have to confess that we were also intrigued that he's been playing rugby since he was fourteen.

James is also a member of TV star Gareth Malone's new choir, whose innovative new album will be released in November.