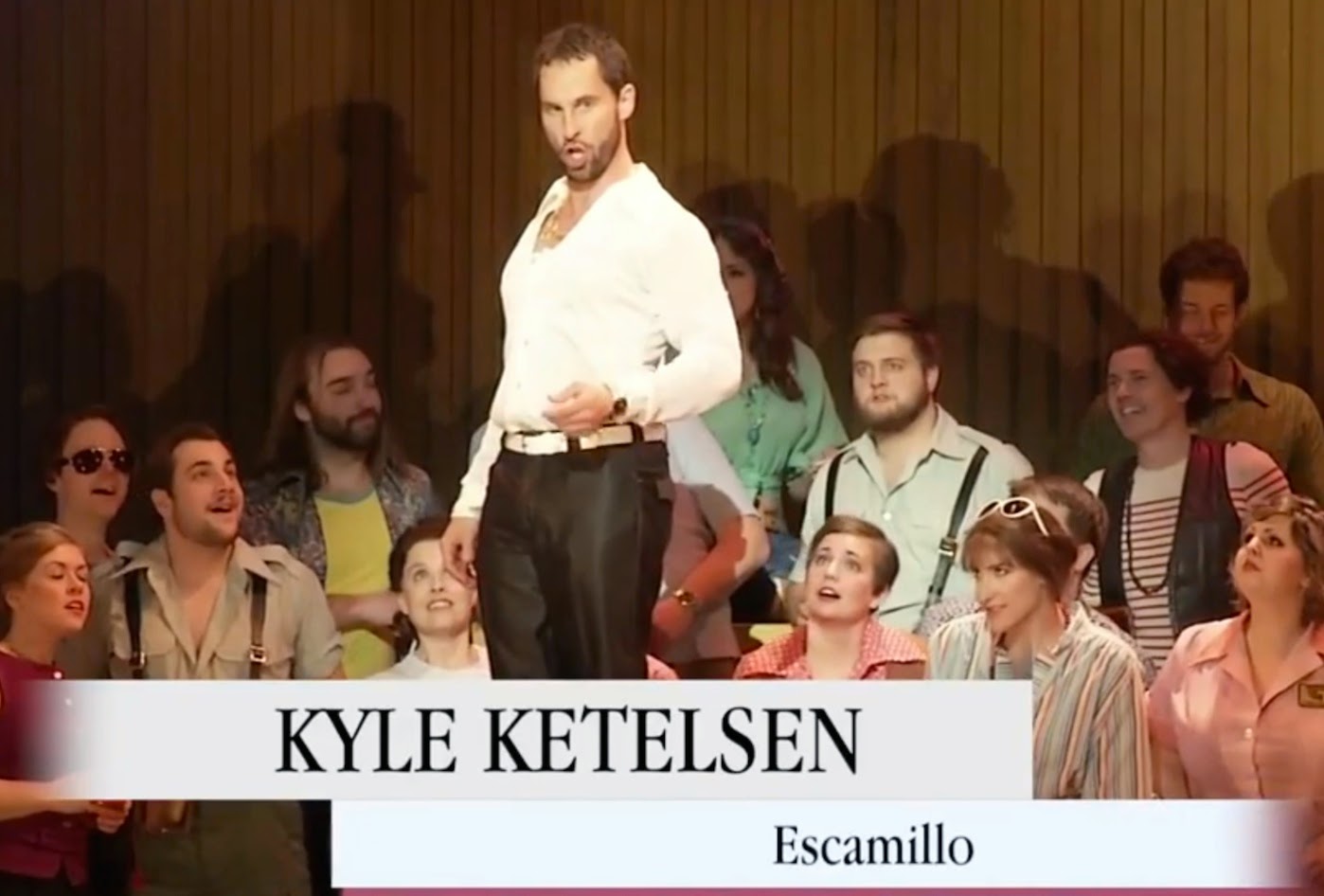 Barihunk Kyle Ketelsen is starring in Minnesota Opera's updated version of Carmen, which is running through May 10th. Director Michael Cavanagh has set the opera in 1975, when Spain was coming out from under 40 years of oppressive rule by the dictator Francisco Franco. The opera is set in Seville in the heart of the sexual revolution, when many in the western world were embracing romantic freedoms, while Spain was still mired in an era of repressive misogyny.

Ketelsen is joined in the opera by two other familiar singers to readers of this site, Christian Zaremba as Zuniga and Andrew Lovato as El Dancaïre. Richard Ollarsaba, a 2013 Metropolitan Opera National Council Auditions grand finalist, will perform the role of Escamillo on May 1, 3, 8 and 9.

Ketelsen's Escamillo next travels to the Théâtre antique d'Orange this Summer, where he'll be joined by hunkentenor superstar Jonas Kaufmann and mezzo Kate Aldrich.
at 6:29 AM