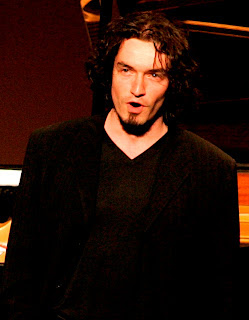 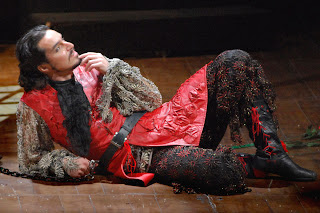 This 29-year-old barihunk was "discovered" by my favorite Abigaile in Nabucco, Mara Zampieri. She guided his training, which led to his debut as Don Giovanni at the Rosetum Theater in Milan in 2002, where he went on to perform Schaunard, Figaro, Silvio (Pagliacci) and Don Alfonso (Cosi). He's had particular success singing Rossini's "Viaggio a Reims" [see video]. His career has expanded into France, Germany, Austria and Switzerland. He is not scheduled to sing in the U.S. as of this date.
at 4:45 PM