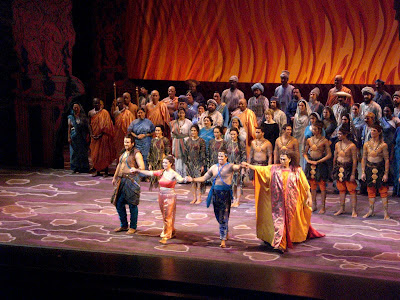 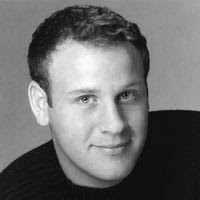 Lucas Meachem is in recital today in San Francisco, so I thought that I'd add him to the Barihunks blogs. He's not the best looking baritone singing in opera, but he has that "little something extra" that makes him sexy on stage and in person. Of course, he's an Adler Fellow graduate, as well, so he gets some extra love from me.

The 29-year-old has been taking the opera world by storm on some major stages. He performed Prokofiev's "War and Peace" at The Met his year and the barihunk favorite role of Oreste in Gluck's "Iphigenie en Tauride" in Chicago with the amazing Susan Graham.

Pictured with Meachem are two hunkentenors, William Burden in Pearl Fishers (top photo) and the sensational Thomas Glenn in a Barber of Seville, which I had the joy of seeing (center photo).
at 10:09 AM