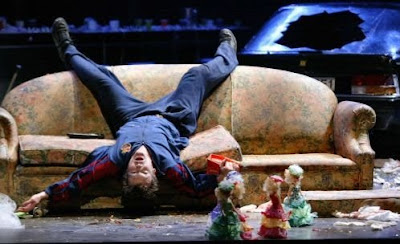 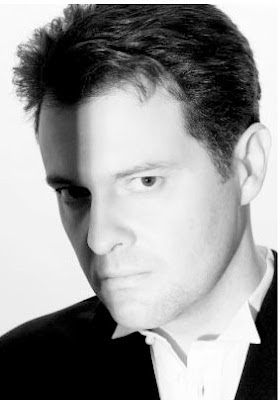 With all of the barihunks singing Don Giovanni these days, Mark Stone's portrayal of him spread out on a couch seems perfectly natural. And who would object seeing this occasional long-distance runner kicking back, toes pointed in the opposite direction of Don Giovanni's ultimate destination.

Mark Stone studied at King's College, Cambridge and at the Guildhall School of Music and Drama, London. He has sung in most of the Britten and Mozart barihunk operas, most notably The Rape of Lucretia, Billy Budd, Midsummer Night's Dream, Don Giovanni and Zauberflote.

So far his career has been mostly limited to Europe with engagements in Sante Fe, Toronto and Philadelphia on this side of the pond.
at 9:00 PM