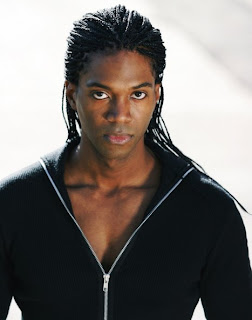 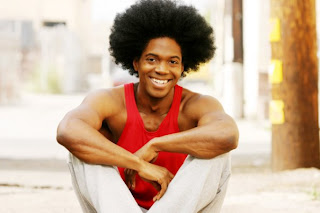 Nmon Ford has one of the hottest bodies in opera. In fact the German magazine Bild wrote:

"Nmon Ford has not only a beautiful face and body, but also a gorgeous and powerful voice...The most beautiful baritone in the world"

So of course, Barihunks is eagerly awaiting more performances of Billy Budd and Don Giovanni where he can show off that physique. For the time being, we'll have to settle for him performing The Emperor Jones at the Teatro delle Muse in Ancona, Italy. This opera has an odd history. Although the title character is a black man, the original role was played by white baritone Lawrence Tibbett made out in blackface. The great African-American bass Paul Robeson sang the "Song of Freedom" from the opera in a film with the same name, but not a filmed version of the opera.

It's nice to see that we have a talent like Nmon Ford who can sing the title role au natural. This reminds me of the great story about Leontyne Price who received a complement about her makeup after a performance of Aida. "Oh, honey," replied Price, "This makeup doesn't run."