A Naked Barihunk to Ring in the New Year: Laurent Alvaro 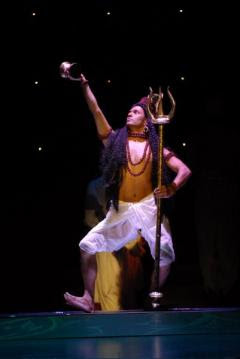 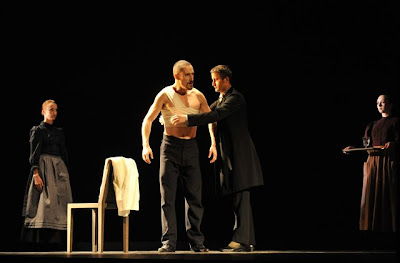 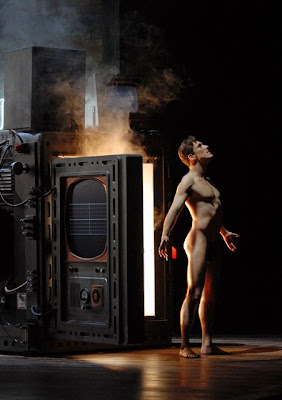 I can't think of a better way to ring in the New Year than with a barihunk in the buff. Also, a new year seems like an appropriate way to introduce viewers (readers?) to a new barihunk.

Meet Laurent Alvaro, who was Seth Brendle in the second cast of The Fly at Chatelet. My understanding is that he only performed one night, leaving the rest of the performances to Daniel Okulitch, a favorite on this site. Okulitch also performed every night in L.A.

Alvaro is a 36-year-old French baritone who performs primarily in France. He has appeared in other Barihunk operas, most notably Thais and Midsummer Night's Dream. From the pictures on his website, he's apparently not afraid to show a little skin.