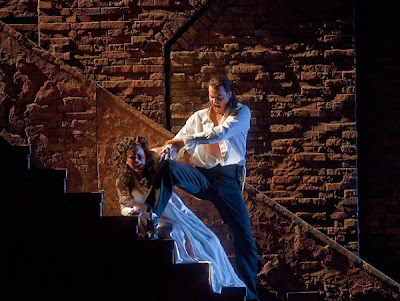 This photo of Peter Mattei with Erin Wall from The Met's recent Don Giovanni may be the hottest picture we've seen of the Swedish barihunk.

He isn't reprising the role anytime soon, but you can catch him in two other barihunk operas. He'll be performing Shishkov at The Met this November and then Billy Budd in Frankfurt in May 2010.