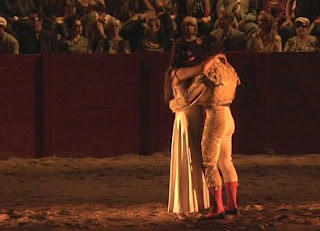 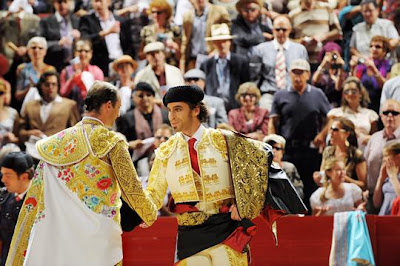 [Photo courtesy of De Nederlandse Opera]
Those of us in San Francisco were already familiar with Kyle Ketelsen's sexy, hot Escamillo in Carmen. He portrayed the role here in 2006 and completely stole the show. He is reprising the role at De Nederlandse Opera and apparently he has gotten even hotter with time. Or perhaps it's that sexy torreador outfit that costuming made for him. He certainly fills out those pants nicely.

This production was directed by the brilliant Robert Carsen, who also directed the sexy version of A Midsummer Night's Dream at La Scala featured in a recent post (and more pix coming!).