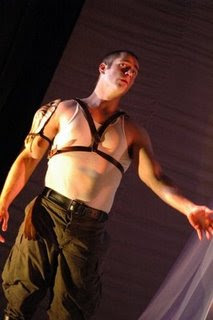 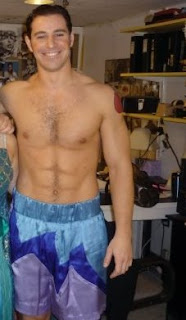 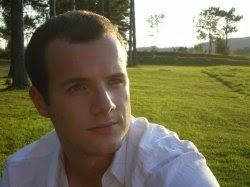 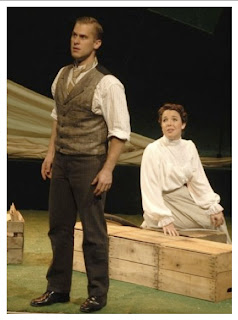 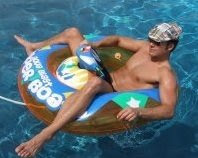 If you want an unbelievable barihunk feast for the eyes, head to Virginia for Lorin Maazel's Castleton Festival. Whenever, there is a lot of Benjamin Britten on the program, you can pretty well be guaranteed that there will be some eye candy and Castleton has gone all out.

Recent performancees of "The Rape of Lucretia" have kept this site busy, as opera companies are realizing that casting barihunks in this opera makes the rape scene all the more powerful. We predict that Matthew Worth will become known as the greatest Tarquinius to ever grace the stage. He'll be reprising the role that he performed here a few years ago when he caught the attention of opera houses across the globe. Worth has already become a favorite on this site, frequently getting more hits than better known barihunks.

The hunky Paul LaRosa also returns to this opera after honing his skills at the Merola Opera Program and at Julliard. He'll be playing Junius. We've seen La Rosa onstage and off and we can attest to his raw sexuality. Check out his shirtless picture if you don't believe us!

Collatinus will be played by Allen Boxer, a bass-baritone from Cincinnati. He is also returning in the same role. Apparently the mantra at Castleton is, "Why mess with a good thing?"

Adrian Kramer is a graduate of The Curtis Institute of Music and is also making his return to the festival as Sid in "Albert Herring." He has already performed the barihunk role of Papageno and we're hoping that there are plenty more to come. Check out his MySpace page where you can hear some amazing sound clips. This guy has quite a future.

Even John Gay's "The Beggar's Opera" is getting in the barihunk act. Mr. Peachum will be played by Michael Rice, a recent graduate of the master degree program at the Manhattan School of Music who has previously worked with Maestro Maazel