Does Matthew Worth Have a Challenger in David Krohn? 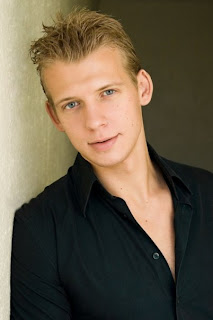 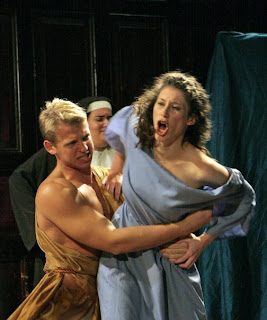 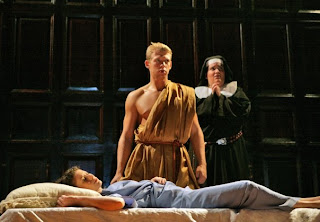 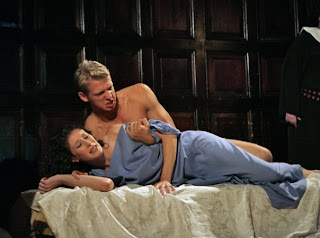 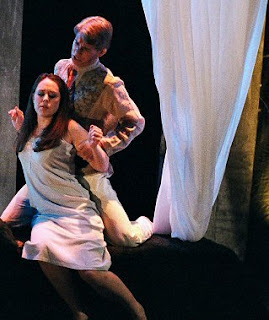 David Krohn lives in New York City, where he is pursuing his Master's degree at Juilliard. He has performed a number of small roles with the Baltimore Opera.

Krohn is currently at the Aspen Music Festival singing the sexy role of Tarquinius with Jane Glover conducting. He had previously performed the role with Peabody Opera, but wearing substantially more clothing. Barihunks has a message to directors: Tarquinius should be shirtless and hunky, especially in the rape scene! If ever there was a moment to show some justifiable skin in opera, this is it (and David Krohn proves this point). The picture on the bottom is from Peabody and the others are from Aspen. Which performance would you rather see?

Krohn has performed the role of the Prison Inmate in Jake Heggie’s “Dead Man Walking” and we can’t wait for him to graduate to the role of Joseph De Rocher. He’s done some Mozart and other Britten roles, so I suspect that we’ll be seeing more of him on this site.

You can find out about show times at Aspen Music Festival, but good luck finding out about the cast. This is a disturbing trend, as Barihunks was sent a notice about the Banff Summer Arts Festival, which had some operas that might have included some great material for this site. However, there isn’t a cast list in sight and when we emailed them they replied that they couldn’t find one either.