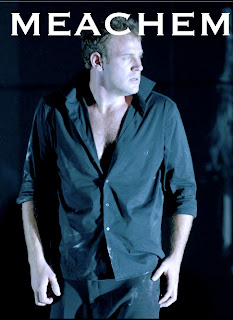 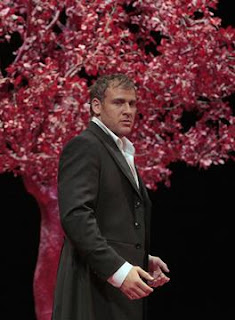 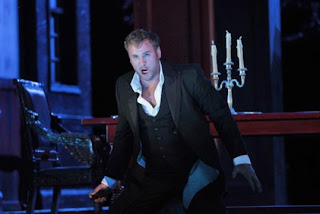 Lucas Meachem is in Santa Fe making his debut as Don Giovanni. It looks like Meachem has slimmed down a little and appears to be joining a long list of modern day hunks taking on the title role. The bottom two pictures are from the current production.

Meachem will be performing a few other barihunk roles in the near future, including Billy Budd at the Paris Opera, which also includes barihunk Paul Gay as Mr. Fink. Before he heads off to Paris, he will be performing Valentin in Faust at the Lyric Opera of Chicago with barihunk Kyle Ketelsen as Méphistophélès.