What's THAT Between Ben Wager's Legs? 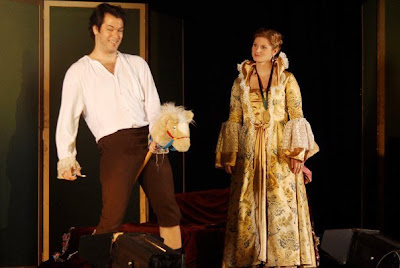 We've heard of "hung like a horse," but an actual horse between your legs deserves a posting on Barihunks. Here is Ben Wager enjoying a little playtime with his horsey.

The AVA graduate has joined the ensemble of the Deutsche Oper Berlin, where he will perform Zuniga in Carmen, Angelotti in Tosca, and Sarastro in Die Zauberflöte. Additional engagements for 2009-10 include Beethoven’s 9th Symphony with the Mozarteum of Salzburg under Ivor Bolton and Rossini’s Stabat Mater with the Oregon Symphony, and his debut at Los Angeles Opera as Julian Pinelli in Schreker’s Die Gezeichneten.

He is also scheduled debut at Opera Cleveland as Nourabad in Les pêcheurs de perles, Masetto in Don Giovanni at Dallas Opera, and as Nikitich and Chernikovsky in Boris Godunov.