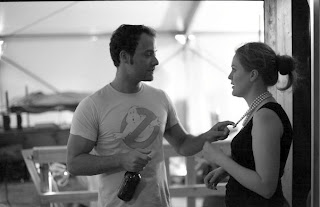 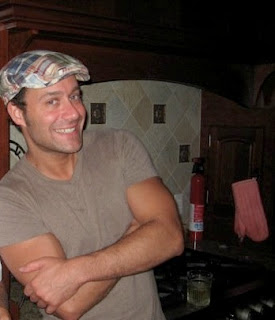 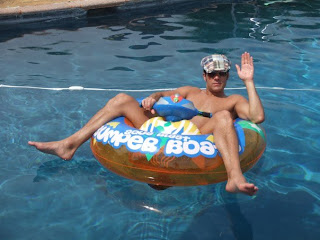 Barihunks has to confess to having a major crush on Michael Rice, who just finished a run at Castleton, which we covered extensively. Unfortunately, we didn't feature "Steamy Rice" nearly enough.

Our excuse is that "Steamy Rice" played the role of the very unsexy Mr. Peachum in The Beggars Opera under Lorin Maazel. To our dismay, Rice has landed some pretty unsexy roles in his young career, landing parts in Ariadne, Butterfly, Fanciulla, Sonnambula and L'Italiana. We think directors need to start casting him in some Britten operas (which Castleton specialized in), Pearl Fishers, Dead Man Walking or any opera directed by a gay German, because Rice has the sexiest arms in all of opera (and the rest of him isn't too bad, either).

But "Steamy Rice" is more than a hot bod, he's also one of the funniest men in opera (who is actually trying to be funny.) His OperaNow! podcast is the most entertaining opera broadcast on the web. You can access it at iTunes or by clicking here.

The top photo is by David Deal and was part of an NPR feature where the camera seemed to stick to "Steamy Rice." The bottom two photos were sent to us by his colleagues at Castleton who really seemed to enjoy performing with him.