"Hot Schrott" and "Not Hot"

The divine La Cieca over at Parterre Box alerted
us to their latest post about Erwin Schrott, which included these pictures and the following blurb:

Hot hot hot Erwin Schrott is obviously not not not allowing fatherhood and impending marriage to distract him from quality gym time. More photos of the Schrott gun show (as seen recently in the Vienna Volksoper Theater an der Wien production of Don Giovanni) after the jump. 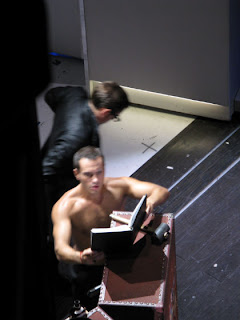 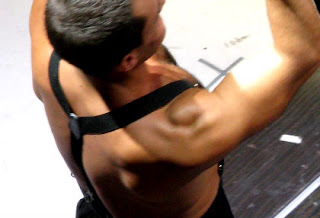 There is no doubt that Hot Schrott looks as good as ever in these photos. But then we noticed this picture and blurb from the same production on another opera site that we won't mention since they don't link to Barihunks! 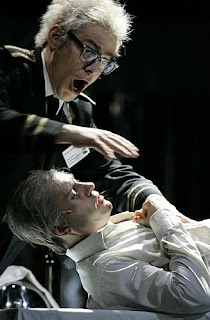 In this photo, Hot Schrott looks likes he's in a remake of "Back to the Future" with fellow barihunk Hanno Müller-Brachmann. The picture below from a Spanish newspaper only reaffirms the movie reference. 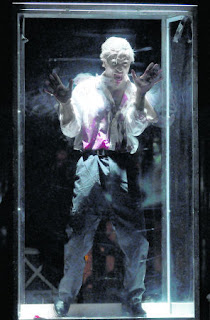 I guess this whole production was about how to make Shrott hot and Schrott not hot all in one night. Since this site is about promoting hunkiness in opera, here is one final picture of Schrott and Müller-Brachmann together looking quite adorable. 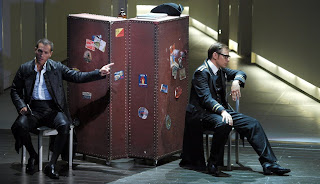 Don't forget to vote in our hottest Billy Budd contest to the right of this post. We still have 48 hours to go, although Simon Keenlyside seems to be breaking away from the pack.