Where Chest Voice Comes From 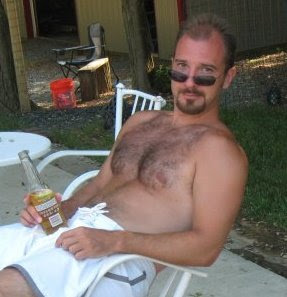 At Barihunks we're not interested in academic arguments involving glottal cycles, laryngeal cartilage and anything else involving where the voice comes from. John Chest (his real name), got us thinking about barihunks with great chests, not great chest voices. Many of the more established singers with great chests were featured in our recent hottest Billy Budd contest.

There are two younger singers who we think have great chests: Eric T. Dubin and Brian Leerhuber. We'll leave the chest voice question to the vocal experts.

Eric Dubin was suggested to us via email by somebody with a very funny email nom de plume. He's a graduate of The Academy of Vocal Arts in Philadelphia, whose graduates seem to send us more suggestions than anyone else. [Keep them coming!]

He's already performed in the Barihunk standard, Britten’s Rape of Lucretia, and we hope that he showed off his chest (and chest voice).

Brian Leerhuber has been on our list of potential barihunks forever and we've just been waiting for the opportunity to post him shirtless. The problem has been that he's been cast in some pretty unsexy roles, an obvious waste of his non-singing talents. Can you get any unsexier than Robert E. Lee, Schaunard, Dandini and Marco in Gianni Schicchi?

We're really, really, really hoping that someone at a major opera house sees this and says, "That's the guy we need to cast shirtless opposite Angela Gheorgiu." If anyone at San Francisco Opera is reading this, keep casting him but spice it up from Marcello and a Civil War general!