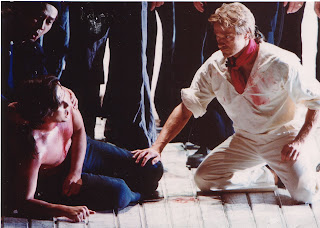 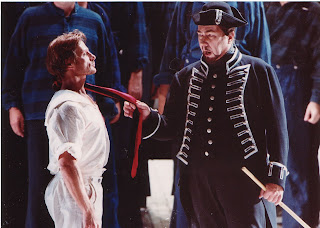 Barihunks would like to congratulate Simon Keenlyside who, had it not been for Nathan Gunn, would have run away with the title as the world's "Hottest Billy Budd" ever. Barihunks readers nominated the five candidates, which included the original Billy Budd, Theodore Uppman, who generated a lot of fan mail, but not many votes. Nathan Gunn gave Simon a good run for his money, but in the end he couldn't overcome the British barihunk.

One thing is certain, all the candidates would make for a smoking hot performance of Billy Budd.

Here are two more pictures of Simon Keenlyside from Vienna for your viewing pleasure.