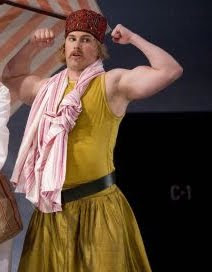 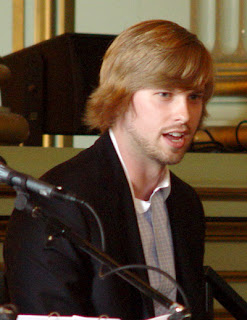 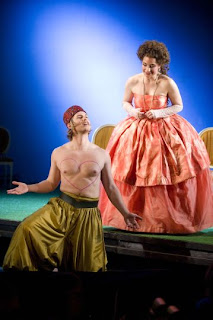 Emerging barihunk John Chest was born and raised in Greenville, South Carolina. He's the latest in a long line of barihunks to land at the esteemed Merola Opera program in San Francisco.

Chest is only two years removed from finishing his Bachelors in Voice Performance at Bob Jones University. He ended up in Chicago where he studied with the former baritone David Holloway at the Chicago College of Performing Arts at Roosevelt University. Holloway may have played a role in the talented baritone ending up as part of the Santa Fe Opera Apprentice Program. While in Santa Fe he began working on what will undoubtedly become his signature role, Benjamin Britten's "Billy Budd." Of course, he may end fighting for that title with Mike Nyby, a current Santa Fe Apprentice who has been featured on this site.

Chest first came to our attention when we received an email from a fellow performer at the Chicago Opera Theater, where he covered Owen Wingrave for the equally hot Matthew Worth.

Chest's first role with Merola was Guglielmo in Mozart's Così fan Tutte, where he stole the show and appeared shirtless. When he wraps up in San Francisco, he'll head to Munich and join the Opernstudio at the Bayerische Staatsoper.

We're trying not to end this post with cheap jokes, like "We want more Chest" or "This baritone always sings with Chest voice." Obviously, we failed.