The Indiana University Opera Theater opened Jake Heggie's Dead Man Walking last night in a production directed by Jose Maria Condemi. Reuben Walker starred as the accused killer Joseph de Rocher and he will reprise his performance on Saturday, October 24. Performing tonight will be barihunk Eric Smedsrud, who will also perform the role on Friday, October 23.

Tonight's performance will be available for viewing on Indiana University's live stream at 7:30 PM EST/4:30 PM PST by clicking HERE.

Minnesota native Eric Smedsrud is in his second year at Indiana University, where he is pursuing a Master of Music in Voice Performance and is in the studio of Carol Vaness. He was seen last year on the Indian University Opera stage as Abdul in Menotti's The Last Savage. Other opera roles include Frank Maurrant in Weill's Street Scene and Sam in Bernstein's Trouble in Tahiti.

Reuben Walker is a second-year doctoral student at the Indiana University Jacobs School of Music. He has been seen on the Indiana University Opera Theater stage in the roles of Mr. Scattergood in Menotti’s The Last Savage, Captain Corcoran in Gilbert and Sullivan’s H.M.S. Pinafore, Le Bailli in Massenet’s Werther, and Pandolfe in Massenet’s Cendrillon. With New Voices Opera, he premiered the role of Captain Keeney in Ezra Donner's Ile and the role of Richard Nixon in Chappell Kingsland’s Intoxication: America’s Love Affair with Oil. Walker has toured with IU’s outreach program, Reimagining Opera for Kids. 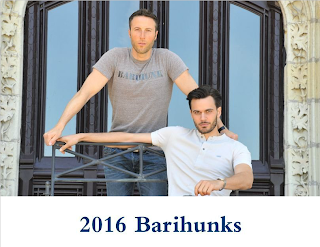