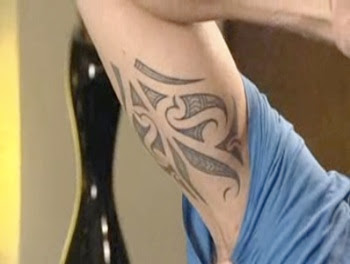 Teddy Tahu Rhodes recently showed off his tattoo to a TV reporter in his native New Zealand. The female reporter was very funny and seemed genuinely disappointed to learn that he was marrying mezzo Isabel Leonard in December. But she perked up as he began to disrobe to show off the tattoo.

After all, who doesn't want to see Teddy Bare?