The Barihunk Bench is Deep 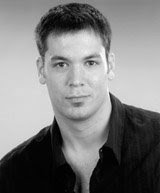 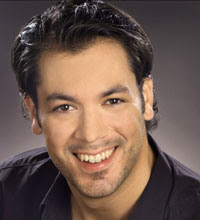 Barihunk fans don't need to worry about a shortage of pulchritudinous low voices when Teddy Tahu Rhodes, Nathan Gunn and Rod Gilfry have to exit the stage. Ben Wager is one more example of the deep bench of hunkiness that is out there in our training centers.

Blogger extraordinaire and grande diva La Cieca first defined the phrase "barihunk" and referenced the Santa Fe Apprentice Program as fertile ground for new talent. Other programs around the country like San Francisco's Merola program and Philadelphia's Academy of Vocal Arts have also produced their fair share. Ben Wager went through both programs and he has the potential to be an instant site favorite.

Wager is a fourth year Resident Artist at the Academy of Vocal Arts and spent the summer of 2008 as a member of the prestigious Merola Opera Program at San Francisco Opera. During the 2008-2009 season, he will sing Enrico in Anna Bolena, Il Vescovo in La fiamma, and Raimondo in Lucia di Lammermoor with the Academy of Vocal Arts, and will join Minnesota Opera to sing the bass roles in the North American premiere of Jonathan Dove's Adventures of Pinocchio.

Future engagements include company debuts with Opera Company of Philadelphia (Collatinus in The Rape of Lucretia), Baltimore Opera (Der Sprecher in Die Zauberflöte) and Dallas Opera (Masetto in Don Giovanni). These are three of the top operas at Barihunks. We can't wait for him to advance to the roles of Tarquinius, Papageno and Don Giovanni.

You can contact this site at barihunks@gmail.com
at 7:37 AM