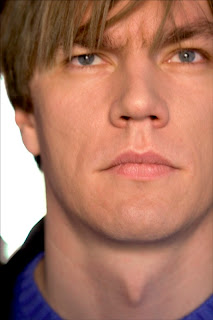 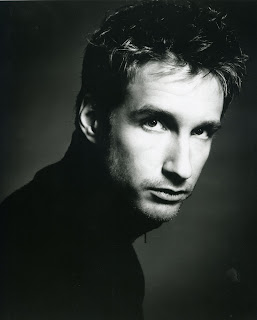 Two of the most stunning tall and handsome barihunks to emerge in recent years are Christopher Schaldenbrand and Denis Sedov. The latter has already appeared on this site and now we have an excuse to post them together. The two tall blondes appear together on a fairly new recording of La Boheme with the Atlanta Symphony Orchestra under Robert Spano.

La Boheme, or La Beau Hunk in this case, is rarely a barihunk role with the bohemians generally overdressed for the cold Paris winter. However, we can only imagine life in the tiny garret with these two studs. I'm not sure barihunk readers would have had a hard time keeping warm!

Christopher Schaldenbrand was born in Detroit and studied at Indiana University. He has already made Don Giovanni and Schaunard in La Boheme his calling card roles. He was twice a winner in the Palm Beach Vocal Competition, as well as the Greater Miami Opera Competition. The baritone was awarded a career grant from Opera Index and received the Pope Foundation Award.

Denis Sedov made his Metropolitan Opera debut as Colline in La Bohème after having been one of very few non-American singers ever invited to join the company’s prestigious Lindemann Young Artist Development. He has since joined the company Orlick in Mazeppa and on tour in Japan for its production of Don Giovanni. With San Francisco Opera, he has sung Escamillo in Carmen and Achilla in Giulio Cesare. He made his New York City Opera debut as Argante in Rinaldo and has sung Assur in Semiramide with Minnesota Opera.

You can listen to Denis Sedov sing "Vecchia zimarra" by clicking on the Amazon link to the right.