Our Top 3 Leaders in the Sexiest Don Giovanni Contest 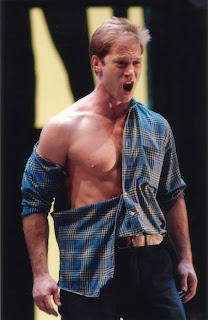 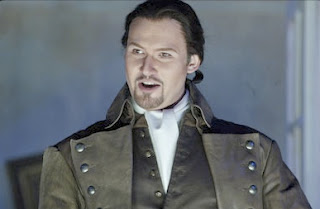 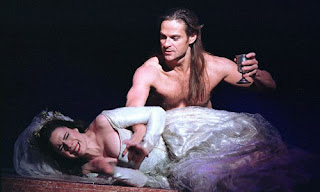 1. Our current runaway leader in the hottest Don Giovanni contest is Randal Turner, whose portrayal of the role from Teatro Verdi di Pisa is available on YouTube at http://www.youtube.com/watch?v=cUkzUq8clZw and http://www.youtube.com/watch?v=IoVZ2cY6IKA. Since we don't have photos of Turner from the production in Pisa and the video is dark, we've posted a photo of him in Streetcar. Turner brings an amazing physicality to the role and shows some skin along the way.
2. Mariusz Kwiecien brings a lot of raw sexuality to the role. He is the ultimate seducer on stage. He has earned his nickname of Hot Pole in some photos of him in tight pants during portrayals of Don Giovanni. Check out the picture at http://barihunks.blogspot.com/2007/11/mariusz-kwiecien.html and click to enlarge.
3. Simon Keenlyside set the opera world on fire when he appeared nude at the end of a performance of Don Giovanni at the Royal Opera House. You can check out the screen cap at http://barihunks.blogspot.com/2008/11/simon-keenlyside-nude.html.

Voting is still going on, so make sure that you cast your vote.