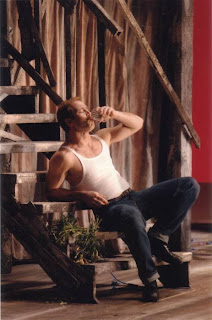 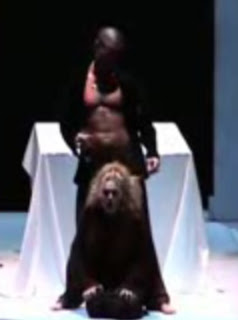 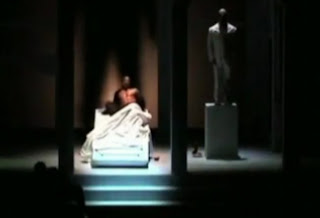 Everyone loves a Cinderella story, which was a lot of the appeal of Slumdog Millionaire. The quirky little movie grabbed America's hearts and swept the Academy Awards against the big budget Hollywood blockbusters.

For the same reason, it was fun to see Randal Turner who sings in smaller houses sweep the competition in our "Sexiest Don Giovanni" contest. Trained as both a singer and a dancer his sexy moves on stage captivated our readers. He beat out runner-ups Simon Keenlyside and Mariusz Kwiecien, two of the reigning Don's in the world today.

Amazingly, Turner has only performed Don Giovanni in Pisa, which is where the two screen caps come from (sorry about the quality, I couldn't find photos from the production). Hopefully, we'll see him perform this role in a more opera houses. (Anyone out there casting a Don Giovanni?). His other Mozart roles include Gugliemo in Cosi and the Great Mass.