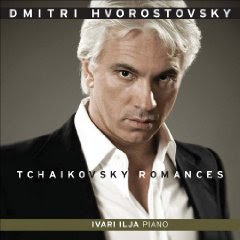 One of the original barihunks on this site was Dmitri Hvorostovsky, who seems to gets sexier with each passing year. His voice remains one of the most beautiful instruments in all of opera and his latest CD, a 25-track masterpiece dedicated to Tchaikovsky songs, is a testament to his artistry. 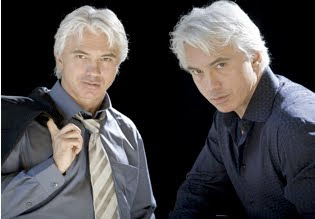 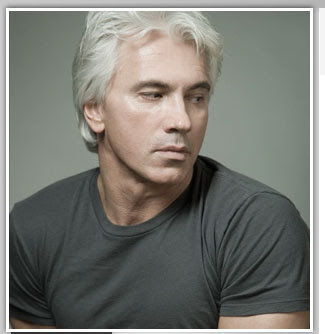 The "Siberian Hunky," as we like to call him, has also launched a stunning website with sound clips, video and lots of gorgeous photos. The site also contains his full schedule of appearances, as well as quick links to Facebook and YouTube, where one will find dozens of additional video clips.

Hvorostovsky has also been making his mark crossing over into pop. Like Kiri Te Kanawa and Eileen Farrell before him, he is actually quite successful in making the transition. Barihunks fans on the East Coast can check out his pop concert on March 6, at New York’s Radio City Music Hall. Hvorostovsky will team up with Russian pop composer Igor Krutoi in an evening of pop tunes written especially for the baritone. Check out the video for a preview.

Opera purists need not fear, because starting on March 20th the silver fox returns to the world of opera in a series of concerts with soprano Sondra Radvanovsky. Hvorostovsky will appear with Radvanovsky at Washington’s Kennedy Center, Toronto's Roy Thomson Hall, Montreal's Place des Arts, and at Carnegie Hall.