Matthew Worth asked about Barihunks

[Matthew Worth photos from Virginia Opera] 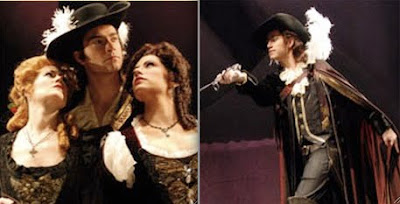 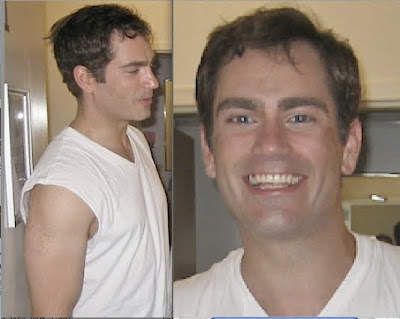 Barihunk Matthew Worth, who is performing the title role in Don Giovanni with the Virginia Opera, was recently featured in the Virginian-Pilot newspaper. The reporter asked him about his thoughts on being featured on Barihunks.

The 31-year-old hunk told the reporter, "I take it for better or worse. It's a reality in our business, and that's sort of how I take it. When going to see 'La Boheme,' audiences don't want to see a Rodolfo who's 50 years old and 350 pounds. Same with Mimi."

Worth is appearing in the Mozart opera with fellow barihunks Daniel Mobbs and David Krohn.

Don't forget to vote in our poll, which is featured in the following post. We're looking for the "best sung" barihunk-tenor duet from Pearl Fishers. So far, Simon Keenlyside and Matthew Polenzani are running well ahead of the pack.