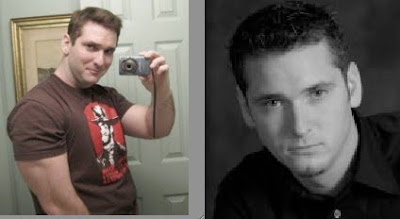 John David Boehr shows off some barihunk arms in this photo and works his weapon in this video of the fight between Mercutio and Tybalt from Gounod's "Romeo et Juliette."

A native of Waco, TX, Boehr has performed with Austin Lyric Opera, Minnesota Opera, Pittsburgh Opera, Palm Beach Opera and at Tanglewood. In 2009, he sang Figaro at the Minnesota Opera in the "Barber of Seville" and performed in Reinhard Keiser's "The Fortunes of King Croesus." He will be performing Chabrier's "L'étoile" at Austin Lyric Opera through February 7th and will perform with New York City Opera in the future.