One of the great things about most of our barihunks is that they are not only lovely to look at, but there are a number who are highly compelling artists. David Adam Moore and Randal Turner are not only two of the most riveting performers on stage, but they are also amazing singers. You can now hear both of them online in their most recent performances.

Moore has shown his ability to bring great depth to music ranging from the baroque to today's most modern compositions. Great examples of this are his critically acclaimed performances as Aeneas in Purcell's "Dido and Aeneas" and his riveting performance of David T. Little's "Soldier Songs." 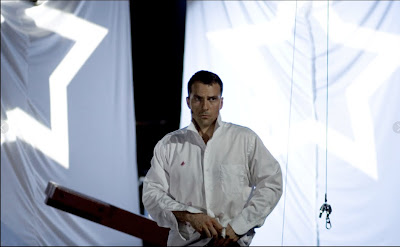 Moore just reprised the lead role of Prior Walter in Peter Eötvös' "Angels in America" to great critical acclaim at the Barbican Center in London with the BBC Symphony. The Sunday Times of London raved about the U.K. premiere of the opera. You can haer it on the BBC until April 14th by clicking HERE. Due to "adult language" there is a box that you'll have to click to attest that you're over the age of eighteen. Although the opera contains a lot of recitative, Eötvös has created a condensed and highly effective opera based on Tony Kushner's award-winning play. 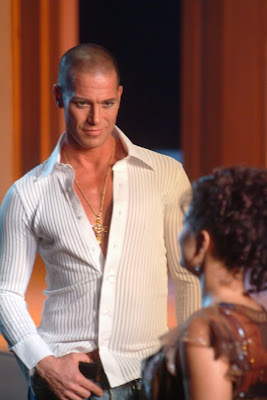 Randal Turner is known for his warm, mellifluous baritone as well as his ease on stage. Trained as a dancer, he brings great physicality to all of his roles. The early buzz on his Don Giovanni in Detroit is that it's going to be a sexually charged performance. For those who can't make the performance, they will still have the opportunity to hear it broadcast live on April 14th on Detroit's WRCJ 90.9. The internet stream will be available HERE at 7:30 PM EST.