[Frederica von Stade and Matthew Worth] 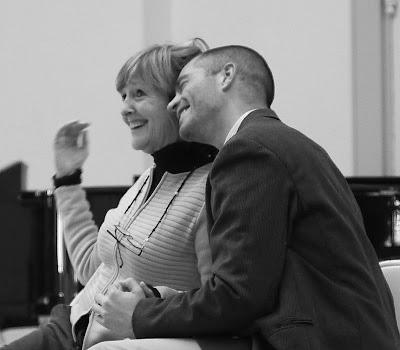 Few young opera singers have taken the opera world by storm like Matthew Worth. One can't have a serious conversation about the rapidly rising stars in opera without his name being mentioned. His recent performances of Owen Wingrave in Chicago, Don Giovanni at Virginia Opera and Mercutio in New Orleans' Romeo et Juliette were all critical successes. Add to that his abundance of charisma and good looks and you have a true opera star in the making.

One of our readers saw this picture on the blog of Brian Dickie, the general manager of the Chicago Opera Theater, and sent it our way. Dickie wrote:

Frederica von Stade (Flicka) is here and rehearsing with her new stage children - Matt Worth and Sara Jakubiak. Here you see her with Matt this afternoon. The mother son relationship is there already! 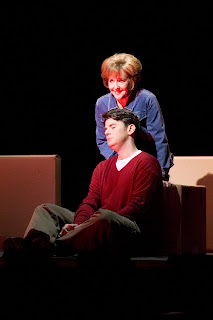 The story is about Madeline Mitchell, a glamorous and self-absorbed star of the musical theater world. She struggles to deal with her unhappily married alcoholic daughter and a gay son struggling with the death of his partner.

The opera will run at the Chicago Opera Theater from May 8-16. Click HERE for more information or to buy tickets.