Jesse Blumberg's Three Days Of Schubert Off To Good Start 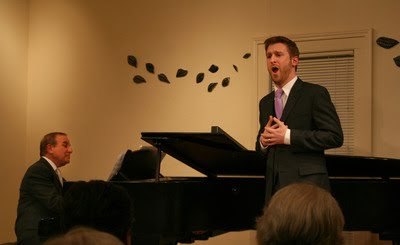 Susan Isaacs Nisbett's review at AnnArbor.com indicates that the three days of Schubert at the University of Michigan with barihunk Jesse Blumberg and accompanist Martin Katz is off to a good start. Here's her review:

The stars just won’t align for the hero of Schubert’s “Die Schöne Müllerin.” In the final song of 20 constituting this great Schubert song cycle, the hero, having lost the lovely miller’s daughter of the title to a rival, meets his end by the brook that has sung to him and led him to her.

But Friday evening at Kerrytown Concert House, the stars aligned perfectly for Schubert, and for the song cycle itself, which received a vivid, finely paced reading from baritone Jesse Blumberg and pianist Martin Katz. [Continued Here] 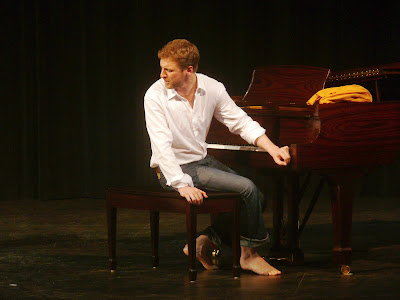 Yesterday's recital marked the one year mark from Blumberg opening night in Ricky Ian Gordon's newest opera "The Garden of the Finzi-Continis" at the Minneapolis Opera. There will be more to come on that production as opening night nears.