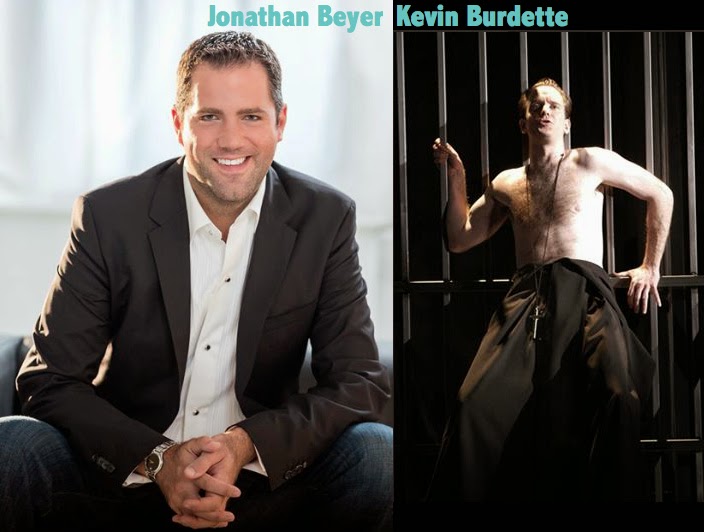 Opera Philadelphia is opening its 40th Anniversary season on September 26th with a new production of Rossini's Barber of Seville starring Jonathan Beyer in the title role and Kevin Burdette as Dr. Bartolo. Performances will run through October 5th, with a free HD broadcast on a giant screen at Independence National Historical Park on Saturday, September 27.

Beyer, made his Opera Philadelphia debut as Escamillo in a 2011 production of Bizet’s Carmen. He has performed Figaro with the Boston Lyric Opera, the Castleton Festival, the Teatro Petruzzelli in Bari and at the Lyrique-en-Mer. A little trivia about Jonathan Beyer that you may not know is that he's obsessed with figure skating and knows as much about the sport as most professional commentators.


Kevin Burdette was last seen as the Prophet/King in the 2012 East Coast Premiere of Nico Muhly’s Dark Sisters. He just wrapped up a run at the Santa Fe Opera as Herr Buff/Chamberlain in the double-bill of Mozart's The Impresario and Stravinsky's Le Rossignol. He returns to Santa Fe next season as Sergeant Supice in Donizetti's The Daughter of the Regiment and as Stobrod/Blind Man in the world premier of Jennifer Higdon's Cold Mountain.

They'll be joined in the cast by Jennifer Holloway as Rosina, which is her role debut and company debut. Count Almaviva will be sung by the wonderful young tenor Taylor Stayton.

Tickets may be purchased online or by calling 215.893.1018. The free tickets to Opera on the Mall broadcast are available beginning Wednesday, September 3rd at operaonthemall.org.