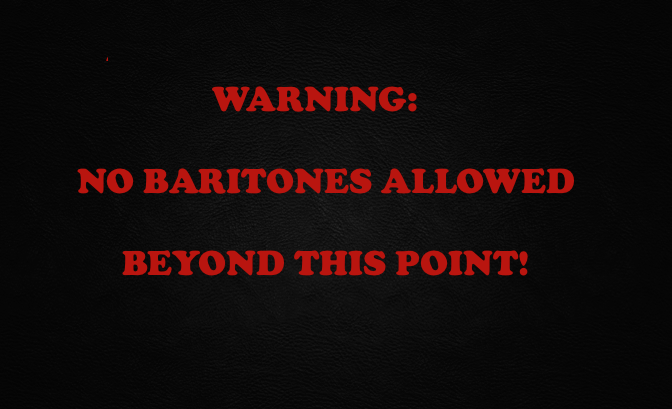 Despite 11 of the 40 competitors being baritones in this year's Operalia competition, not a single baritone made it to the final round. Many felt that a top prize winner could have come from the talented field of low voices that included Igor Bakan, Aleksey Bogdanov, Alexandre Duhamel, Dan Kempson, Alexey Lavrov, Alex Lawrence, Shea Owens, Damien Pass, Pavel Shmulevich, Anatoli Sivko and Ivan Thirion.

At the Queen Sonja Competition last year, a full third of the finalists were baritones, including American Brandon Cedel, Turk Kartal Karagedik, Croatian Krešimir Stražanac and Moldavian Oleg Tilbulco. And the list goes on, which makes the "Baritone Blackout of 2014" at Operalia all the more shocking!