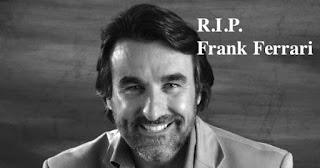 It is with great sadness that we report the death of French baritone Franck Ferrari at the age of 52 after a long battle with pancreatic cancer.

In March 2014, he withdrew from Chausson's Le Roi Arthus at Strasbourg's l'Opéra national du Rhin to deal with his illness. His career took him to the major houses or Europe, where performed Scarpia at the Paris Opera, Berlin and in Strasbourg, Sharpless in Toulon, Thoas in Iphigenie en Tauride in Madrid, and Escamillo in Avenches, Turin and at the Hollywood Bowl. He had a particular love for appearing in rarely performed works including Karnac in Lalo's Le Roi d'Y's and Napoléan in Giordano's Madame Sans-Gene. He performed over 30 roles at the two main opera houses in Paris.

He studied at the conservatory in his hometown of Nice winning top prizes at vocal competitions in Marseille, Paris and Toulouse.

He leaves behind his wife and three children.