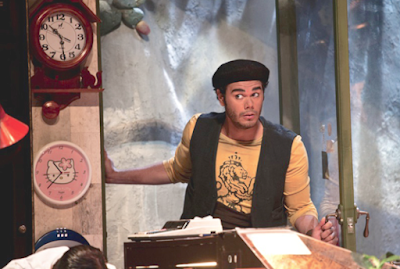 You can watch Glyndebourne's 2012 production of L'Heure Espagnole and L'Enfant et les sortilèges starring barihunk Elliot Madore until June 28th. The company will be reviving their production of Ravel's only two operas for thieir 2015 season premiering on Saturday August 8. Étienne Dupuis will sing Elliot Madore's roles and it will also star Danielle de Niese.

Canadian barihunk Elliot Madore made his U.K. and Glyndebourne debut as Ramiro in L’heure espagnole and as The Cat/Grandfather Clock in L’enfant et les sortilèges'.